Often, MacOS hiding scroll bars by default is blamed for this (I know I’ve done that in the past). But the actual culprit is developers using overflow: scroll when they mean overflow: auto.

It may seem natural to add overflow: scroll to anything you want to be scrollable, but what it actually says is always show a scroll bar.

In most situations however you probably only want to show a scroll bar if one is needed, and hide it when not (you know, like Mac). For that, you need overflow: auto, which lets a browser automatically determine if a scroll bar is needed — or not.

Disabled scroll bars are easy to spot on Windows and Linux, because you’ll have rather ugly inactive scroll bars visible on the page, for example here in the LinkedIn post creator: 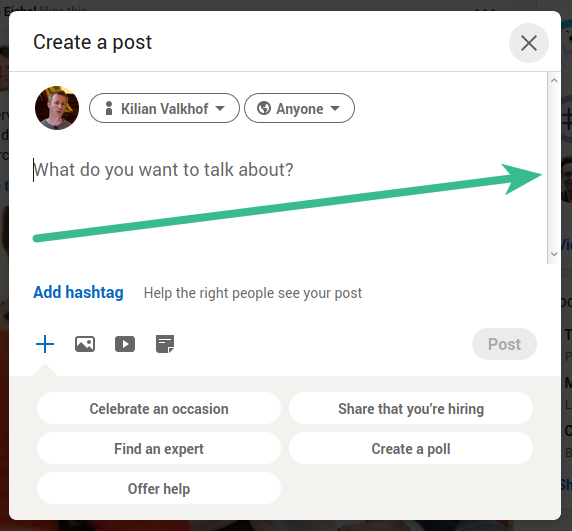 A single scroll bar is not the worst that can happen. If add an image to a LinkedIn post, you’re shown not one but two inactive scroll bars next to each other.

Yep, if you have multiple elements with overflow:scroll, the scroll bars will just stack. Yikes. 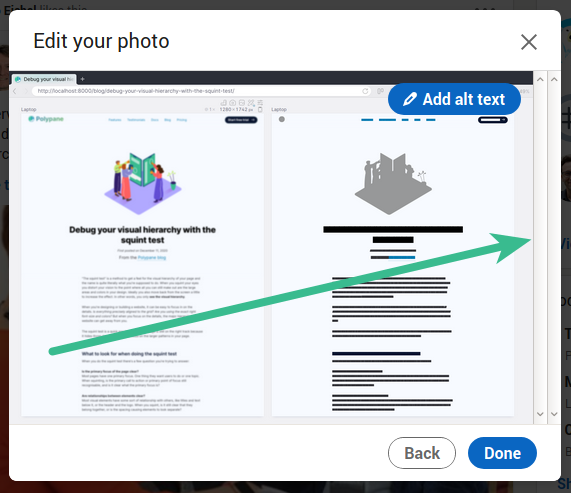 Windows and Linux always show you the scroll bars, but if you’re on Mac you have to change a setting to get them to show. Go to System Preferences, then General and toggle “Show scroll bars” to “Always”. 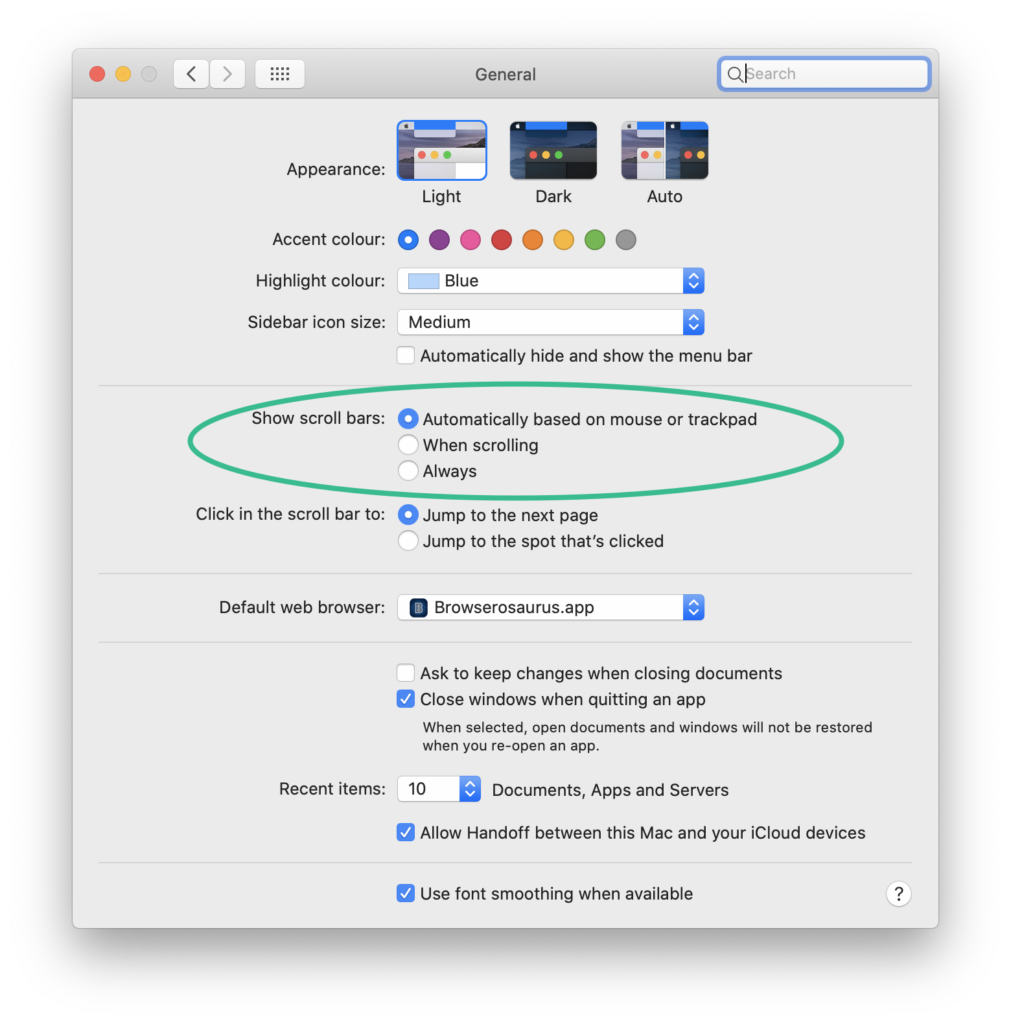 …but then you’re left with ugly scroll bars just like the rest of us, which you probably don’t want. There’s a reason Mac hides them!

What if it was easier to detect visible scroll bars without having them enabled across your operating system? I wrote a little bookmarklet that does just that.

It renders scroll bars on your page just like your Mac would if it’s set to always show scroll bars.

The scroll bars look 100% the same as the macOS scroll bars for horizontal, vertical and combined scroll bars, as well as supporting both dark and light mode so they’re a perfect representation of what you would see. This way you can quickly check a single page for scroll bars and move on.

The bookmarklet is available in Polypane as a debug tool.

Try it out on this page with the demo below:

If you’re on mac, this box will be empty until you click on one of the bookmarklets. (It already looks bad for us on Windows and Linux!)

The code in the bookmarklet loops over all elements on the page, checks their computedStyle and adds classes to an element where overflow, overflow-x or overflow-y have the value “scroll”.

If you want to check out the code and play around with it I created this CodePen:

There are two refactors that I want to do awaiting browser support. Right now the styles are injected as a <style> element but I would prefer to use adoptedStylesheet, and I use window.getComputedStyle() but would prefer to use element.computedStyleMap(). Both of those are for now only available in Chromium.

There you go. An explanation of the difference between overflow: auto and overflow: scroll, a way to always show scroll bars on Mac and a bookmarklet to quickly check your page for hidden scrollbars.

A common cause of horizontal scroll bars on websites is the use of 100vw for the body or html element. This works fine on mac, where the scrollbar does not take up any space.

Unfortunately on other platforms it does and the way viewport width is described in the CSS specification means that 100vw includes the width of the scrollbar.

This means that on platforms with visible scroll bars, 100vw causes a horizontal scrollbar if there also is a vertical scrollbar.

The solution is fortunately easy: use 100% instead, which does not include the width of the scrollbar but still makes the element the full width.